ANNOUNCING THE CLEAN AND SOBER PODCAST! 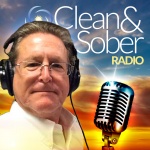 You can now listen to Clean and Sober Radio on demand!

Click on Gary's picture to find out how to subscribe to the Clean and Sober Radio Podcast.

WE ARE PROUD TO HAVE THESE OUTSTANDING PARTNERS

In a world where rapid change is the norm, employers are seeking graduates who are ready for what’s happening right now and for what will come next. Jefferson’s learning approach is exactly what you need to gain that kind of competitive advantage.

In a world where health care is ever-changing, one constant you can depend on is exceptional care delivered by the nation's best.

We have another great show scheduled for broadcast this Friday!... END_OF_DOCUMENT_TOKEN_TO_BE_REPLACED

We have another great show scheduled for broadcast this Friday!In... END_OF_DOCUMENT_TOKEN_TO_BE_REPLACED

A guy walks into a cigar lounge and lights up not only a fine smoke but a long lost friendship. That’s pretty much how Gary Hendler and Steve Martorano embarked on their journey which led to the creation of Clean and Sober Broadcasting, a multi-media resource devoted to exploring the disease of addiction and the many paths to recovery. Our message is a simple one. For those struggling with the ravages of drug or alcohol abuse there is help out there.

Meanwhile, back at that cigar lounge Gary and Steve’s serendipitous meeting after almost three decades apart moved quickly from “how are you doing” to “what have you been up to?” Steve’s story was fairly straight forward and pretty mundane; many years in broadcasting in both radio and television in places like New York, Boston and Philadelphia. Gary, on the other hand, growing up in the Philadelphia music industry, had led a more “colorful” life. Now the owner of a successful suburban real estate management company Gary was also celebrating over thirty years of sobriety after struggling with drugs and the law in his early years.

Two old friends from two contrasting life experiences cross paths again after many years, swap stories, catch up, rekindle their friendship and most importantly conceive the idea for Clean and Sober. One with a background in communications, the other with a vast knowledge of and commitment to sober living have combined their experiences in an effort to help others achieve long term successful recovery.

That is our mission: To inform, share and discuss, across multiple media platforms, the story of addiction and the road to recovery. This website is home to Clean and Sober Media which is dedicated to promoting a lifetime free of alcohol and drugs.

Steve Martorano has moved on to pursue other endeavors while Gary Hendler continues to host this insightful and informative radio program live on Friday afternoons at 3:00 PM on WWDB-AM 860, Philadelphia. The program can also be heard Sundays at 10:00 AM on 610 Sports Radio and again on Mondays at 2:00 PM on WWDB-AM 860.

Clean and Sober Radio features real people with real stories about their addiction to drugs and alcohol and their road to recovery.

Someone once said,”Money makes the world go ‘round.”

Clean and Sober Media is a registered non-profit organization with 501(c)(3) status. Your donation to our work will be fully tax deductible and of course greatly appreciated. Help us spread the word about sobriety by donating whatever you can. Just click below, "make the world go ‘round," and thanks for your support and interest.

CLEAN AND SOBER CAN BE HEARD THREE TIMES A WEEK!

Encore airings of CLEAN AND SOBER can also be heard:

The Darryl Strawberry Residential Treatment Program is a 28-day residential program designed to treat addictions and all forms of drug and alcohol substance abuse including prescription medications. The program provides medical detoxification followed by primary treatment, designed specifically around the needs of each client. www.strawberrycenter.com